The Foreign Homebuyer Ban: Will it Work? 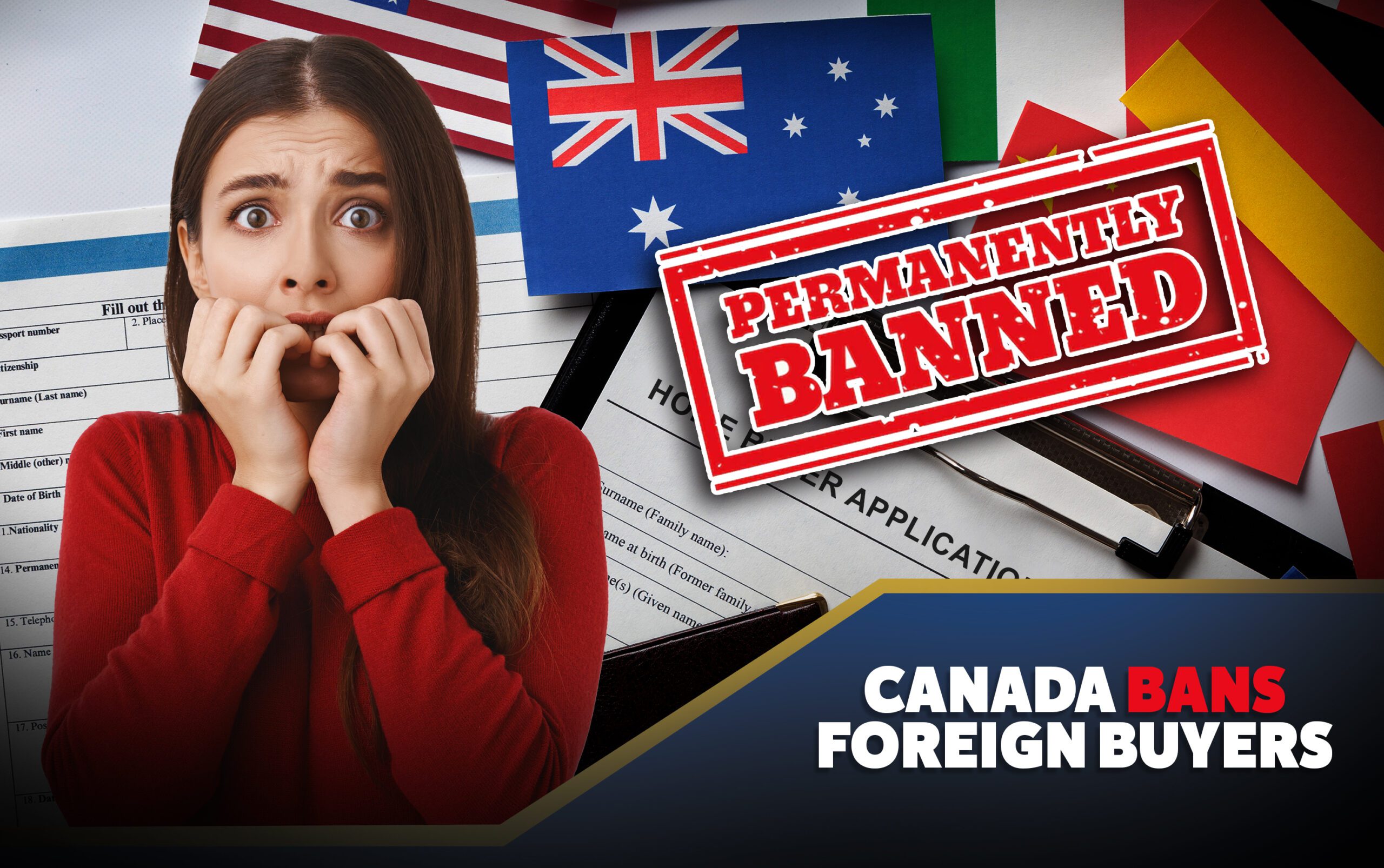 The federal government has banned foreign homebuyers for a two-year period from Canada. What will it do to the market? Read on to find out.

The federal government announced several measures to help with the red-hot real estate market, including a new tax-free home savings account, doubling the pace of the construction of new homes, and a two-year ban on foreign homebuyers.

Canada is borrowing pages from the playbook of places like Singapore and Hong Kong and trying to put the housing needs of its citizens first. But will it actually work?

Ending the game of whack-a-mole

Some experts would argue that the foreign buyer taxes in B.C. and Ontario introduced several years back were effective.

And this isn’t just a tax. It’s an outright ban. Even if you’re a foreign buyer with deep pockets, you won’t be able to get around the ban by simply paying a tax.

This will make Canada less attractive to foreign home buyers and make them think twice before buying here.

The federal government is too late

Many experts argue that the federal government is too late. With average home prices above $1M in Toronto and Vancouver, the time to act was five to 10 years ago. Without stronger action to bring down the prices of homes, the dream of homeownership will still be out of reach for millions of Canadians.

In order to help first-time homebuyers get into the real estate market, we would need to see home prices fall quite substantially. However, in order to do that, a government would need to be willing to do that and potentially upset a lot of baby boomer voters. Since we’re in a minority government situation, this doesn’t seem very likely.

Too many possible loopholes?

Although it won’t be as easy as before, this isn’t likely to stop those who really want to buy real estate in Canada. They’ll likely

How will this impact the real estate market overall?

It’s not likely to have a huge impact on the real estate market. Higher mortgage rates are likely to have a much bigger impact than a ban on foreign buyers. Nevertheless, the combination of both likely means that home price growth will be slower going forward. And every little bit helps.

Need help making sense of all these rule changes. Give us a call to discuss further.