Rate Hikes Incoming: How to Prepare 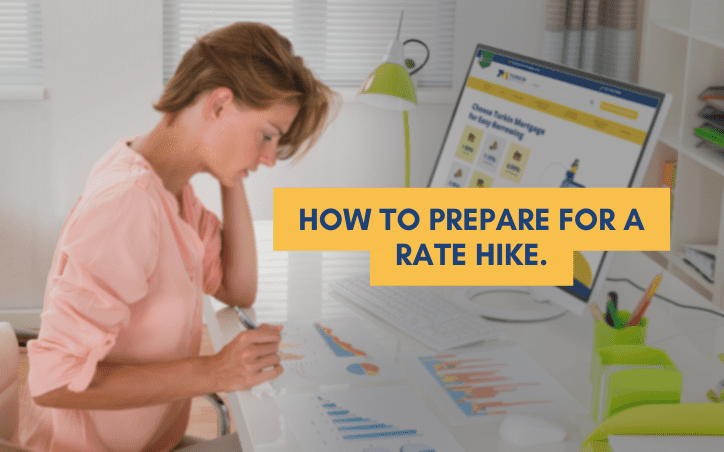 The Bank of Canada is set to raise rates for the first time in over 3 years.

Why is it happening and how to prepare?

The Bank of Canada may not have raised rates in January, but it was crystal clear: rate increases are coming. It’s not a matter of if, it’s a matter of when. Let’s look at why they are happening and how to prepare.

The short version is because it’s time. At least that’s how our central bank sees it. It seems that the worst of Omicron is behind us. With Canada’s biggest provinces Ontario and Quebec set to reopen, our Central Bank has signaled its plans to raise rates.

The Bank of Canada needs to raise rates to give us some buffer in the future the next time a financial crisis happens. If rates remain at near zero, the Bank of Canada won’t be able to cut rates any further to help stimulate the economy.

Inflation is also at a 30 year high. You’ve probably noticed it at the supermarket and when you fill up your car. Our central bank wants to raise rates to help reign in inflation.

Guessing how many there will be

We believe that honesty is the best policy. We’d be lying if we said we knew exactly how many rate increases we’ll see in 2022. The market said that there was a 70 percent chance of rates going up in January, but that didn’t happen.

Economists are predicting up to six 0.25 percent rate increases in 2022. This is certainly something you should consider when signing up for a variable rate mortgage. Rates may be low for now, but things could look a lot different by the end of the year.

That being said, variable rate is so much lower than fixed rate, that it gives you a lot of buffer. We’d have to see five or six rate increases

just for variable to reach the same level as fixed.

Should I lock in or go variable? That’s the million dollar question.

If you’re someone who’s risk averse and you’ll want to switch to the fixed rate after one or two rate increases, you might as well go fixed right away. It’s better to lock in at the lower fixed rates of today, rather than the higher fixed rates of tomorrow.

However, if you’re someone who’s willing to stick with variable rate though the predicted rate increases, you have the potential to come out ahead.

Variable rate has historically outperformed fixed rate. Even if the Bank of Canada raises rates, who’s to say they won’t overshoot their target and cut them later on? It’s all about playing the long game.

If you’re someone who’s patient and in it for the long haul, variable rates can be a great option to save some money in both the short term and long term.

Not sure what to do next? No worries! We’re here to help. Reach out to us, your trusted advisor, today. We’d be happy to help navigate you through these interesting times, so you’ll have the peace of mind knowing that you made the decision that’s best for you and your family.